Call for Papers: Walter Benjamin in the East – Networks, Conflicts, and Reception 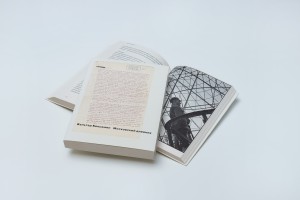 This conference will trace the reception of Walter Benjamin’s thought throughout Eastern Europe, more specifically in a late and post-Socialist context. The dissolution of the Eastern Bloc and the Soviet Union to some degree ended the rivalry of two contingent versions of modernity. Among other things, it catalyzed an intellectual and artistic engagement with the 1920s, directed at different authors, strands of Marxism and Materialism in the formative years of the communist project. As a historical materialist thinker and Western intellectual sympathizer, Benjamin is referenced and appropriated in the context of various Eastern European approaches that rework the legacy of the communist project, starting in the Glasnost period. Thus, the 2020s come as a fitting occasion to re-read and historicize late and post-Socialist retrospections of the 1920s. In doing so, the conference also focusses on the ways in which academic cultures govern implicit imaginaries of the East and West (division) that remain prevalent in theoretical practices until today.

The main objectives of the conference on Benjamin’s reception in the East concern three aspects: the different networks (1), the conflicting appropriations (2), and a collaborative historicizing of these theoretical transfers from scholars across Europe (3).

(1) First, the conference will aim at charting the reception of the works of Walter Benjamin in Eastern Europe. This approach includes the mapping out of different networks—ranging from research groups, artistic movements, and conferences to translations and involved publishing houses—and how they interacted over time. For instance, translations of Benjamin’s works into Slavic languages rose significantly in the 1990s and 2000s. From a comparative perspective, they can form the starting point for shifts in interpretation and reception. Here, it is particularly important to decentralize the Eastern European space: instead of reducing it to perspectives from Moscow, the conference will consider more complex dynamics and entanglements with other cities, regions, and countries.

(2) Second, the conference reflects on conflicts in the treatment of Walter Benjamin’s work based on their particular geo-cultural and political situatedness. Ranging from the conflictual editing process of Benjamin’s works in West Germany and the GDR to post-structuralist appropriations of Benjamin’s account of Soviet Russia (Derrida) and the uncovering of structures of complicity among Western travelers such as Benjamin (Ryklin), this conference will exemplarily uncover the role of Benjamin’s theorizing and the ways in which it was appropriated by post-Socialist endeavors across Eastern Europe.

(3) Third, Benjamin’s ‘afterlife’ in Eastern Europe is a possible focal point in order to rework the ways in which these conflicting theoretical and political perspectives from the East perpetuated implicit imaginaries of an East/West division in academic cultures (and vice versa). In other words, these theoretical transfers of Benjamin’s thought pose an important question: how did the processes of reception offer themselves to construct a unique and extremely diverse post-communist (as well as post-Marxist) heritage? The outlook for Benjamin Studies is to potentially uncover the ‘off-modern’ (Boym) of Walter Benjamin’s legacy. The benefit in reflecting on the role of the Humanities more generally lies in questioning how practices of theorizing partake in shaping geo-cultural imaginaries. The conference thus aims at reflecting imaginary constructions of an East/West border more generally, which are prevalent not only in European society but also implicit to and reinforced by specific Eastern/Western academic perspectives.

Topics may include but are not limited to

• Networks of Benjamin reception in Eastern Europe (Research groups, translations, artistic movements, conferences, involved publishing houses, political groupings)
• Interactions, geographical clustering, and influences between these networks
• Translations, publishing, and editions of Benjamin’s work in Slavic, Uralic, and Baltic languages
• Politics, networks, and transfers of Archives related to Benjamin between Eastern and Western Europe
• Editing processes and archival conflicts between East and West Germany
• Detectable asymmetries in the reception: geographical centers and peripheries in the Eastern bloc; differences and influences across national and linguistic borders
• Historical, local, cultural, and political occasions for a theoretical turn towards Benjamin
• Appropriations of Benjamin in political thought/activism in Eastern Europe
• Artistic Appropriation and Adaptation
• Theoretical Transfers/Transfers of Theory between Eastern and Western Europe (e.g., Benjamin’s concepts of materialism, dialectics, Marxism)
• Reworking of Socialist legacy: Post-Communism and Post-Marxism through the lens of Walter Benjamin
• Benjamin’s account of Soviet Russia and the Communist project as well as its contemporary reception and appropriation
• Implicit (geo-cultural) imaginaries, cultural and political stereotypes of the East/West divide in intellectual discourses concerning (and/or perpetuated through) Benjamin
• Comparative perspectives on scholarship and teaching of Walter Benjamin in Eastern and Western Europe (e.g. selection, framing, curricula)

The conference consists of a three-day program with keynotes, scholarly papers (in English and German), and public panel discussions. We encourage contributions on the receptions of Benjamin in their (trans)nationally entangled networks, individual and institutionalized trajectories concerning both a longstanding and intense engagement as well as punctual, scattered, or recent developments.

We welcome scholars from all disciplines within the Humanities, History, and Social Sciences, as well as editors, translators, and artists to participate in the conference. The conference will be held in English and German (with the possibility of arranging translations in exceptional circumstances).

Please submit a proposal in English or German (up to 500 words) for presentations (up to 20 min) and a short bio until 1 March 2022 to sophia.buck@merton.ox.ac.uk and caroline.adler@hu-berlin.de. Please indicate whether you have a preferred section for your contribution (1, 2, 3) and your potential travel destination. In addition to the provision of accommodation for the participants, travel grants are also available.
Selected applicants will be notified by March 14.

The conference is co-funded by the OX|BER Research Partnership, the ZfL Berlin, and the International Research Training Group 1956 Transfer of Culture and Cultural Identity. German-Russian Contacts in the European Context.

The conference is currently planned as a face-to-face event in compliance with the required Covid-19 protection measures.