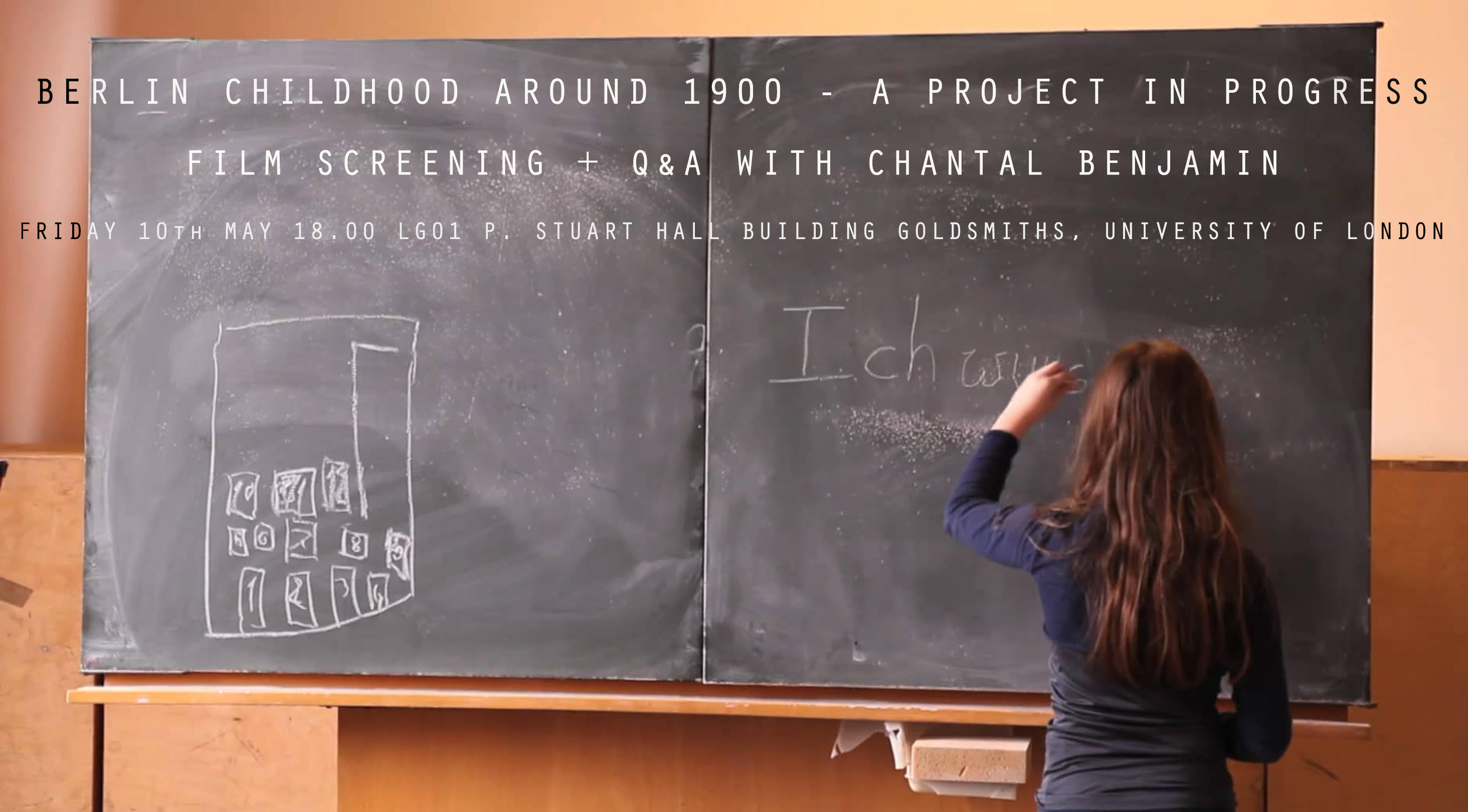 In the early 1930s whilst in exile, German writer and philosopher Walter Benjamin (1892–1940) began to draft a series of short autobiographical texts which documented his experience as a middle-class Jewish child growing up in Berlin at the turn of the twentieth century. These vignettes were then compiled and posthumously published in 1989 under the title Berliner Kindheit um 1900 (Berlin Childhood around 1900). The forty-two individual texts provide a rich and tactile portrait of Berlin, featuring many descriptive passages of its landmarks such as the Tiergarten and the Victory Column, yet they also evoke the intimate, domestic settings of a bourgeois home, filtered through the child’s critical gaze. Composed against the backdrop of the Nazi Party’s rise to power, the texts were a symptom of Benjamin’s homesickness and arguably served as an attempt to relive the security of his childhood existence.

Following the success of her photography series inspired by the Berlin Childhood texts (Berlin Childhood, published by Steidl in 2001), artist and photographer Aura Rosenberg embarked on a collaborative project with filmmaker Frances Scholz, featuring Walter Benjamin’s granddaughter, Chantal Benjamin, and her daughter, Lais Benjamin Campos. The project, which is still in progress today, consists of disparate film segments based on the original textual vignettes. The short films revisit the sites of Walter Benjamin’s childhood in contemporary Berlin, resulting in an uncanny continuity of experience as they depict his great-granddaughter in the different phases of her own urban childhood.

The event will consist of a screening of the different film segments with commentary by Chantal Benjamin, followed by an informal Q&A with audience members. The screening will be a rare opportunity to view this unique collaborative project which has never been shown in the UK before, but will also showcase one of the many ways in which Walter Benjamin’s works have infiltrated a variety of disciplines. The evening will conclude with a drinks reception in the Weston Atrium (Stuart Hall Building).