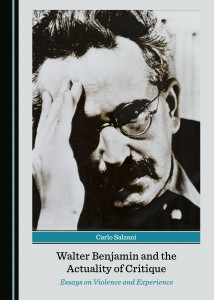 The striking actuality of Walter Benjamin’s work does not rest on a supposed “usefulness” of his philosophy for current concerns, but rather on the high “legibility” to which his oeuvre has come in the present. Indeed, this legibility is a function of critique, which unearths the truth-content of a work in a constellation of reading with the present, and assures thereby that the work lives on. Following this methodological tenet, this book approaches Benjamin’s work with two foci: the actuality of his critique of violence, a central and unavoidable topic in the contemporary political-philosophical debate, and the actuality of his critique of experience, which perhaps is not as conspicuous as that of his critique of violence but constitutes, nonetheless, the bedrock upon which his whole philosophy rests.